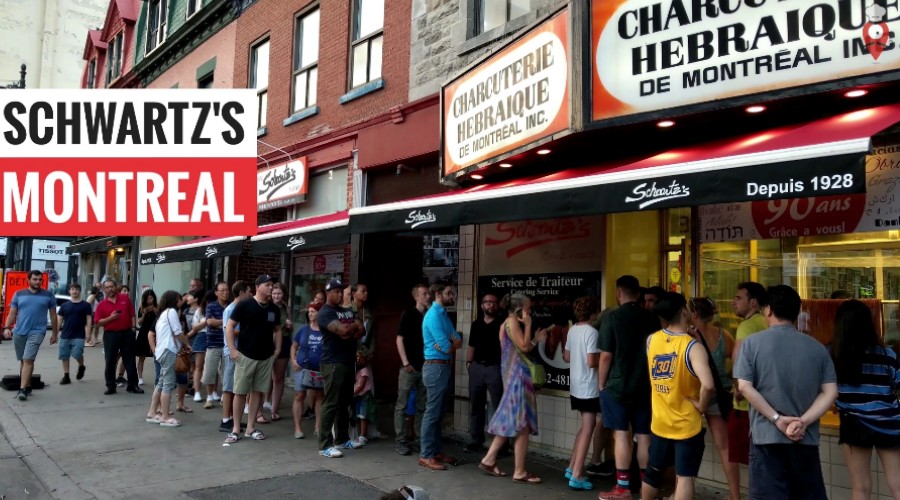 Jewish Delis are dying out in North America but the famous Katz’s Delicatessen is still existing in New York. Last year in NY the traditional Carnegie Deli had to close. And so it is great that in the multicultural city of Montreal another representative still exists. Since 1928 classics like Frankfurter, Poutine, sandwiches or steaks have been served here. But the speciality of the house is their smoked beef breast meat, naturally kosher. The meat at Schwartz’s is super, although a bit gnarly sometimes. The atmosphere reminds of a bygone time, when the bill was still paid at the counter. During rush hour there can be long waiting times and queues, but at least they guarantee the survival of this Jewish classic.

This site uses Akismet to reduce spam. Learn how your comment data is processed.